Vradeto is the highest village of Zagori in the prefecture of Ioannina. Its square is at an altitude of 1340 meters. It is a homonymous municipal district of Tymfi Municipality and at the time of the 2001 census it had 23 permanent residents. The junction after the village of Kapesovo leads here after a 9 km route and there is no road connection with the other villages except this road. From Vradeto begins the “staircase” (stone path) that connects the village with Kapesovo. The journey takes about 40 minutes.

Bradetto has been a settlement since 1616, as evidenced by the writings of the late John Lambrides. Some settlement from the sturdy Skamneli at that time was relocated to that area of ​​Tymfi, probably due to the morphology of the land that favored livestock farming. Although its altitude makes it distant (1340 meters above sea level) its southern orientation does not allow for long snowy seasons, while the “late” summer allows grazing as late as October. The testimonies of the inhabitants refer to more than 15 thousand sheep and goats and fields with high quality root and other citrus fruits. The existence of abandoned threshing floors now about 15 in number confirms good production. The central church of Vradeto “The Birth of Theotokos”, built 2+ centuries ago, celebrates every 8th of September and its three-day festival is named throughout the prefecture of Ioannina. There are also the churches: Agios Georgios with the cemetery, Prophet Elias, Agios Nikolaos, Agios Athanasios above Skala

Its inhabitants consisted of indigenous Zagorians, and after 1930 the Sarakatsans or Scenicians came to call it. The mixing was “unavoidable” and so Zagorians and Saracats were “living”, growing up, feeding, in the same place. Many locations in Bradetto, especially in its geographical region, are noted for their beautiful appearance and have made Bradetto known throughout the world.

The Vradeto Cultural Association has also contributed to this in recent years, with Christogoulos Stefanos, its former president, who, although a bridegroom in Vradeto, “loved” the place and devoted himself almost entirely to his recently published book titled There were too many people who were aware of this separate village built anywhere in the wider area called Zagori.

The first in traffic is the elaborate Staircase of Vradeto. The so-called cobbled street on the north side of Mezaria that separates Vradeto from Kapesovo. A stone construction using the “native” stone that famous craftsmen built and linked the two villages! It was the entrance and exit of Bradetto since the present road was opened in the 1970s following pressure from some high rank military for that time Bradetto.

Beloyi, a location on the edge of Vikos Gorge (the name may have come from a Slavic word meaning good view or even balcony), is visited by thousands of tourists from all over the world every year because Vikos is waiting for you to hear it. your voice, as you hear it echo again and again and again and again.

Then follows Drakolimni, a lake high in Tymfi, northwest of the Gamila peak and the Ploskos peak at an altitude of 2150 meters and where amphibians have lived for thousands of years now called Triturus Alpestris. The Hellenistic name is Tritons and around them is the legend of the dragon-keepers of the lake. Drakolimni is on the borders of the regions of Bradentos and Papigo but spatially belongs to Papigo.

Could anyone say that a place so high on the mountain should not have caves? And yet they are well known to all the caverns in the region of Vradeto and Zagori. Some of the deepest caverns in the country and in Europe are in the territories of Bradetto. Spera, the Hole of Skala, Kalogria, Repetina, Gailotripa, the Horn in Cornisia, the snowstorm are some of the renowned caverns that attract hundreds of cavernology lovers inside and outside our borders. There are, of course, in Zagori and the caverns Bride’s Hole, Epic Gap 1, Epic Gap 2, Odysseus’ Hole, Provatina and many more all explored by many expeditions with the latest speleological team S.S. whose members reside in Dilofo of Central Zagori. 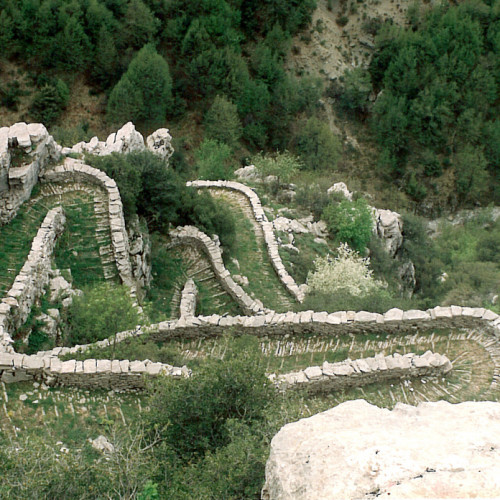 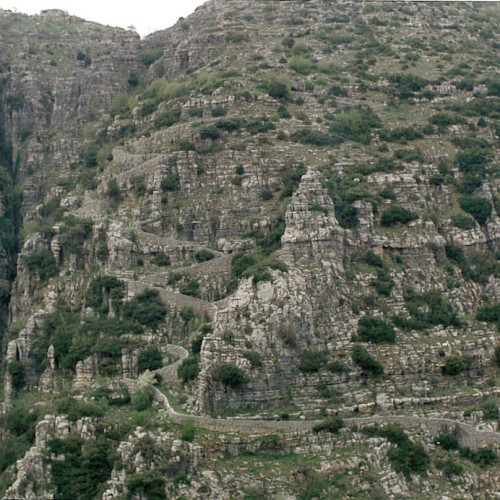